Radleys – My Inside Scoop

My name is Amelia Gargiulo, and I am quite simply a normal seventeen-year-old. Over the last few years, I have discovered a real passion for writing, which I have utilised by creating and writing my own blog. I was delighted when I found out Radleys was welcoming me through their doors to spend a week of work experience with them, specifically within the Marketing Department. After having been introduced to several aspects of the company, I was fascinated to share all I had learnt. So, by collecting various information through interviews and observation, I have written a small piece which details my experience and the thoughts of Radleys employees. Read on in the hope that you will learn something new too.

Radleys – My Inside Scoop

As a leading manufacturer of scientific glassware and laboratory instruments, both in the UK and Overseas, Radleys has relished the opportunities and challenges that this brings. With the company officially established in 1966, it was two years prior to this when the first seeds of the company were planted. With founder, Bill Radley, and his co-partner Roy Weiss when they began to work on their first major contract, making stopcocks for the scientific glassblowers. It wasn’t until the beginning of the 2000s, that Bill Radley’s son Mark became Managing Director, and ever since the company has been supporting pioneering research and continues to create and develop new and existing products.

Comprised of a varied team of scientists, chemical and mechanical engineers, scientific glassblowers, and sales individuals, Radleys appear committed to making research more productive and innovative. As with any business, its structure and the way it handles its employees, is a major factor in ensuring successful development and a stable running. So here are some individuals from varying aspects of the business, talking about their position and viewpoint of the company. 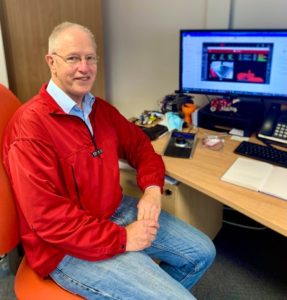 Having worked at Radleys for just over three and a half years, Electro-mechanical design engineer, Kevin, describes every day as a “learning day”. His main role primarily can be found within the Research and Development side of the company which focuses on designing, developing, and implementing new products. The realm of research and development requires individuals to be equipped with the appropriate skills suitable for the role. One of which is problem-solving, as this enables physical restraints with projects to be looked at more deeply. His “somewhere in the middle” approach to either working quickly to develop a good solution or taking more time to craft an excellent solution, nicely fits in with the notion that it’s easy to become overwhelmed with the finite details of something, rather than focusing on its productivity and efficiency. Kevin places value in communication, as a key factor to an aspect’s development, as it allows ideas to be contributed and shared easily. Radleys ethos, focusing on producing high-quality products whilst also working collectively, is something highly regarded by Kevin. Describing his placement within the company to be “like belonging to a family” which clearly is evident of the nature of the company itself. Twenty years and five months later, Director of Operations, Simon Moorhouse is “proud” of the achievements the company has made since he started. Being involved with several aspects of the business, including manufacturing, support, supply chain and facilities, has allowed Simon to experience a variety of roles the company has to offer. He certainly embodies what he describes as a model Radleys employee, someone who offers a “positive can-do attitude”. Due to the company being small, “it is crucial that everyone works together to ensure the smooth running of the business”, and having an optimistic attitude is crucial to this. When asked what goals he had in place for the company in the upcoming years, he explained how one of the main priorities was ensuring that the team continues to be “engaged and motivated”. “Investment in the people” is one aspect that Simon describes has changed since his first years at Radleys, as now there is more emphasis on supporting staff and their wellbeing as “its crucial to recognise that employees make the business, if they are engaged and happy that’s good for them and good for Radleys”. It is safe to say, that the Director of Operations has many hopes and ambitions for the company in the years to come. Marketing manager, Inez Cornell’s, leap from global multinational companies to a smaller business such as Radleys, offered her a different outlook on the marketing sector. Having now been a part of the Radleys team for just over five and a half years, it was the “wholesome aims and team atmosphere” combined with her “perspective and knowledge” that attracted her to the company all those years ago. With the constant accelerated growth of social media, Inez’s team must tailor content to suit each unique customer and platform. From social media channels such as Instagram and Twitter, to more formal formats like LinkedIn, it is crucial that each message is “offered in multiple channels, lengths and formats”.  Strategic marketing and global communication also have a part to play, allowing an authentic approach to be taken, making the customer feel part of the process too. Her expertise and her ability to adapt to any situation, serve her well and enable her to be regarded as a crucial team member at Radleys. Originally placed within the storeroom of another glassblowing company, twenty-six years on and Andrea Gargiulo can now be classed as Senior Glassblower. Having been offered the opportunity to train to become a qualified glassblower, he threw himself into the deep end with the hope that his practical and hands on approach would pay off. Tasked with physically making Radleys glassware products for over seventeen years now, it is crucial in his eyes that each department collectively works together “to ensure the product is right for the customer and made to a high standard”. Not only does he embody the skills necessary for his profession such as his eye for detail, and level of concentration, but it is also his positive attitude that allows him to excel. Describing Radleys as a company “unlike any other, that places family values at the centre” is what drew him to the company that appears to offer a “positive culture and widespread support”. 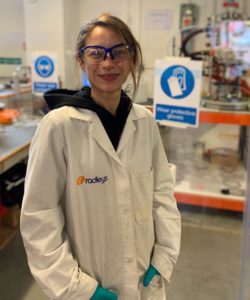 “Looking at problems and finding solutions” is something Gianella deals with on a daily basis. Having worked at Radleys for only three months after being asked to help the company with a testing project, her background primarily in chemistry and material science made her a suitable candidate. Her role, as Lab technician, requires detailed plans to be followed, combined with the appropriate testing. And her ability to “question and think outside the box” enables a swift and steady development of the company’s products.

A degree of trial and error, merged with an element of research, according to Gianella is a defining aspect of being able to “think creatively to figure out a path to a possible solution”. 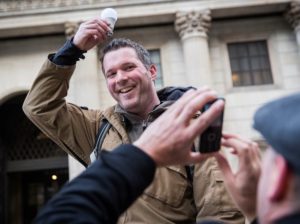 Starting his journey at Radleys as Technical Sales Specialist in 2007 the now Global Sales Manager, Ben, responsible for UK and International sales, has seen some big changes at Radleys and within his job role. The responsibility that has come with this new chapter he describes “moving into a job role where I’m responsible for a team of sales people was a big step, it needs a lot of energy and great communication skills. It has been exciting to develop a bigger overview of the business and to help people within the team progress’. The Covid-19 pandemic posed a challenge to the newly Global Sales Manager, as travel and international communication came to a halt. Despite this, new emerging solutions such as Zoom have allowed him to “travel the world in one day”, from speaking to China in the early morning, shortly followed by France in the afternoon. As with any sales job, it requires a high degree of communication within the team and to customers, as in his eyes “it is important to be professional, loyal and empathetic” with the hope of trying to identify an individual’s or customers challenges and find a solution together. Describing himself as a “a strong advocate for coaching, learning and training whenever you can”, Ben appears well suited for his position.

Radleys “safer, cleaner, and greener” approach combined with the company’s stance on innovation, clearly demonstrates the benefits they bring to the working laboratory. Everyone within the company has a crucial part to play, as without one aspect the others would fail to fulfil their potential. It’s almost like clockwork. All the components no matter how big or small, all have their own part to play. Whether it be management, sales, finance, or production, all are highly valued at Radleys enabling them to be trusted by leading pharmaceutical companies around the world. – Amelia

Editor’s note: You can read Amelia’s personal blog here: https://lifeaccordingtoame.wixsite.com/blog
We look forward to seeing her career in journalism take off in the future. We’ll keep you updated…!